The Biggest Economic Bubbles in History: From Tulips to Crypto

by Index Investing News
in Investing
Reading Time: 9 mins read
A A
0
Home Investing
Share on FacebookShare on Twitter

A financial bubble occurs when a specific asset or investment category becomes widely overvalued, followed by a sudden drop in value. Usually, it’s back to a more reasonable value — but it doesn’t make it sting any less for investors who jumped aboard the bandwagon.

We’ve seen this pattern over and over throughout history with different assets, in different countries. It’s bound to happen again in the future. That’s why it’s important to understand how bubbles happen so you know how to react when you spot a one growing.

If you time your investments right, you can earn a huge profit from rapidly rising prices. While risky, traders and investors can also profit from the downturn through short sales. 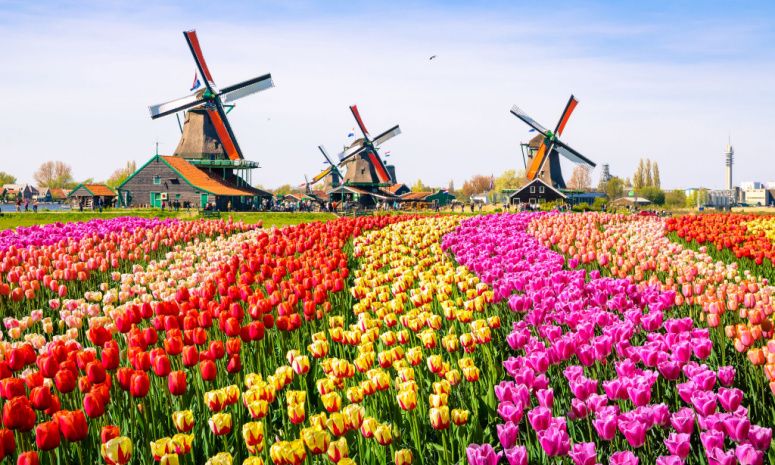 Tulipmania took place in the 1630s and is one of the earliest known financial bubbles. Over a few years, the price of tulips jumped by leaps and bounds as the flowers — particularly the speckled or striped varieties — became more and more expensive due to high demand.

At the peak price, a single rare tulip could sell for the same value as a mansion in Amsterdam. The bubble began with spiking demand from wealthy Dutch aristocrats. It soon trickled throughout Dutch society and Europe. As prices increased, many Dutch industries turned their attention to tulips and the immense profits generated by growing and selling bulbs and flowers.

The equivalent of day traders emerged from all parts of society, looking to earn a profit from flipping bulbs. Of course, flowers are easily grown in many parts of the world and eventually die. No flower or flower bulb should be worth as much as a house.

Inevitably, the prices came crashing down and devastated the people who were involved. 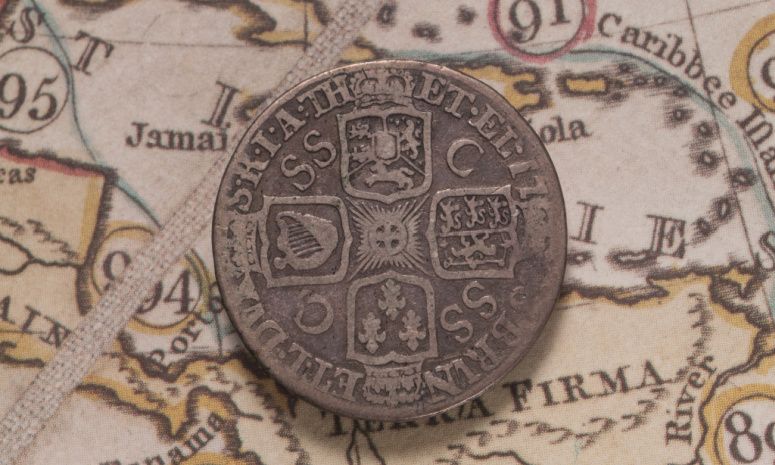 The South Sea Bubble is sometimes called the world’s first financial market crash and perhaps the first Ponzi scheme. In the early 1700s, successes by the East India Company and other Caribbean-focused enterprises led to the founding of the South Sea Company.

The public-private partnership was traded on the public stock exchange. The stock price dramatically rose when the government granted the company a legal trading monopoly for slave trading and other ventures. Despite challenges and disputes with Spain, King George personally invested in the company. This further drove demand and pushed up the value of the entire British stock market.

In this case, what went up quickly came crashing in a similarly dramatic fashion. In August 1720, the stock hit a high price of $£1,000. By the following December, the price fell to £124, dropping about 80%. During the South Sea Company bubble, hundreds of companies were created to ride the tide of stock market sentiment, many of which were scams. The pattern of scammers trying to take advantage of market exuberance has played out again and again in history.

Related >>> What Can Past Stock Market Crashes Teach Us? 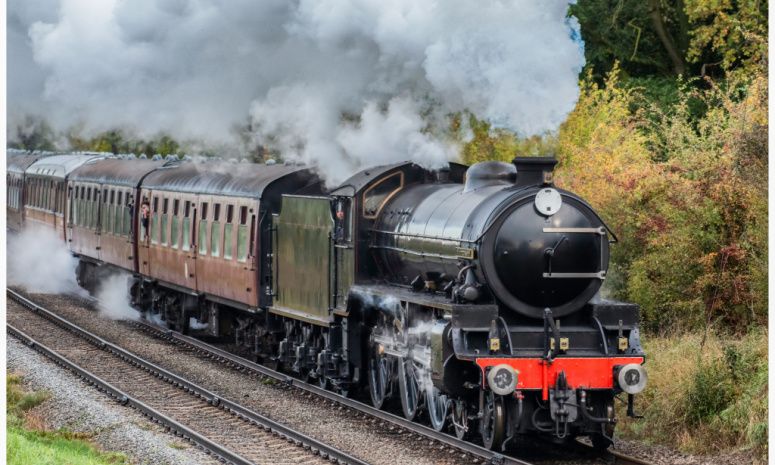 Interest rates were low, and rail companies looked to the public financial markets to raise funds for expansion. The wealthy and middle class poured their money into rail stocks through one of the first modern stock markets.

Low regulation in the British economy meant few guardrails to prevent over-investing. Eventually, many railways started losing money, proving far from the profitable investment widely expected. Share prices began to wobble, and a rise in interest rates helped set off a steep decline. While the resulting rail lines eventually became an integral part of the national rail network, it was also widely considered a costly and painful economic blunder.

On October 29, 1929, one of the longest periods of stock market prosperity in the United States came to an end. The leading stock market index was up about six times in the 1920s leading up to “Black Thursday.” On that fateful October day, the stock market opened down 11%. Losses over Thursday and Friday totaled over 20%, foreshadowing a long period of steep losses.

When the market hit its low point in July 1932, the Dow Jones Industrial Average (DJIA) lost about 90% of its value. It took about 25 years to recover.

History buffs know this period coincided with the Great Depression, a lengthy economic recession lasting from 1929 to 1941. The newly-created Federal Reserve has received some of the blame. In addition to big stock market losses, unemployment rates in America grew from 3.2% to 25%. Thousands of banks failed amid a run on the industry.

Black Friday and the Great Depression led to the founding of the Securities and Exchange Commission (SEC) and President Franklin Roosevelt’s The New Deal, one of the largest U.S. employment and infrastructure investment projects in history. 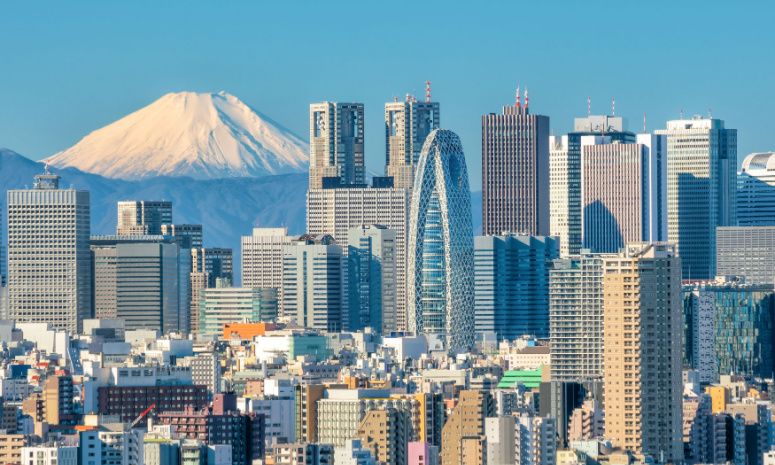 From 1986 to 1991, Japanese real estate out-earned its reputation as one of the world’s most expensive real estate markets. While the stock market was also flying high and reached records, real estate prices hit astronomical levels. Land prices in Japan rose by as much as 5,000%.

Within three years, the Nikkei stock market average fell by more than half. The recovery took about ten years, making this a ‘Lost Decade’ for the Japanese economy.

Looking to buy? >>> What Is Due Diligence in Real Estate? (Best Practices, Tips) 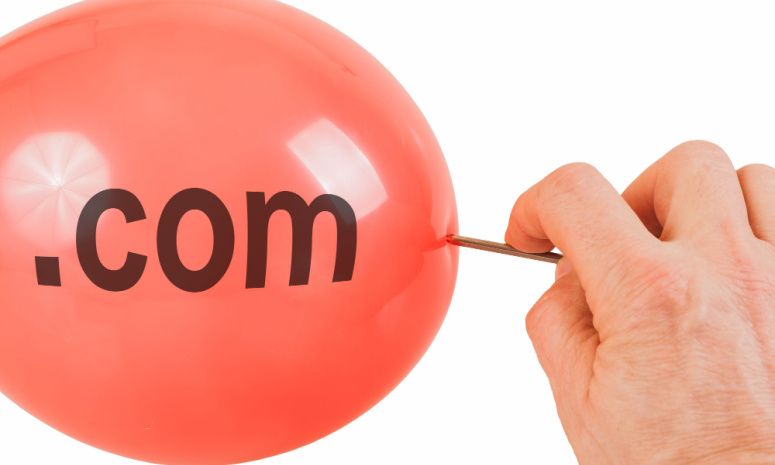 The Dot Com Bubble was a stock market bubble focused on internet, telecom, and technology stocks in the late 1990s. The tech-heavy NASDAQ Composite index rose by about 582% over five years before falling by 75% over a short period.

The telecom industry overbuilding and overvaluation parallels the U.K. Railway Bubble above. Exuberance and expectations of massive profits led to cheap debt and overbuilding internet networks. Tacking “.com” onto a business name made raising money from professional and retail investors easy.

When investors figured out that putting a store online wasn’t the same as planting an orchard of low-maintenance money trees, many companies went under completely. Pets.com, Worldcom, and Global Crossing all went bankrupt in a spectacular fashion.

But with the infamy of the tech bubble came some successes. Name brands like Amazon, Google, PayPal, and eBay emerged as long-term successes due to viable business models. This proved that well-run ventures could still survive a bubble collapse and go on to larger successes.

Related >>>  5 Signs of Trouble in the Stock Market 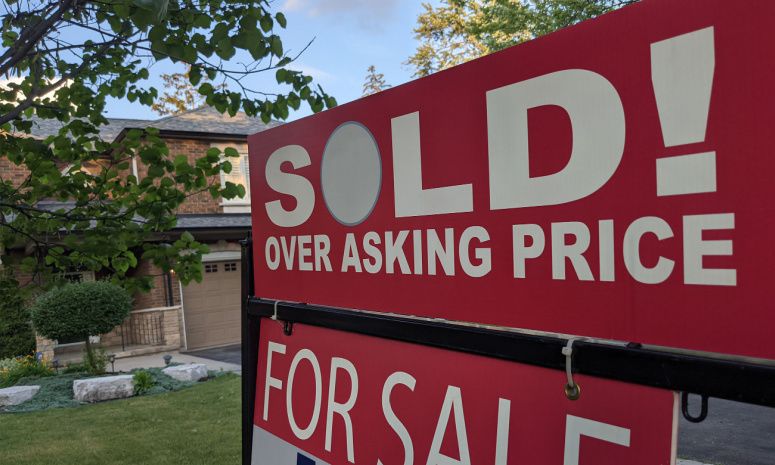 In the early 2000s, it was easy to get a mortgage. As home prices steadily rose, even subprime buyers could easily qualify for expensive mortgages. Many signed contracts they didn’t understand where their mortgage started with a low monthly payment and later ballooned to a much higher monthly out-of-pocket cost.

And, because prices were going up so fast, it was easy to refinance with a cash-out refi, putting homeowners in debt they couldn’t afford. Insightful fund manager Michael Burry is now famous for having saw the pending financial storm. However, banks, mortgage lenders, and many stock investors were not so quick to see what was going on.

In 2007 and 2008, housing prices came crashing down, alongside a big stock market crash. The housing collapse was part of what became known as The Great Recession and involved bank and car company bailouts and the high-profile failures of nearly 500 banks over six years. Some of the best-known failures include IndyMac, Washington Mutual Bank (WaMu), Bear Stearn, and Lehman Brothers. 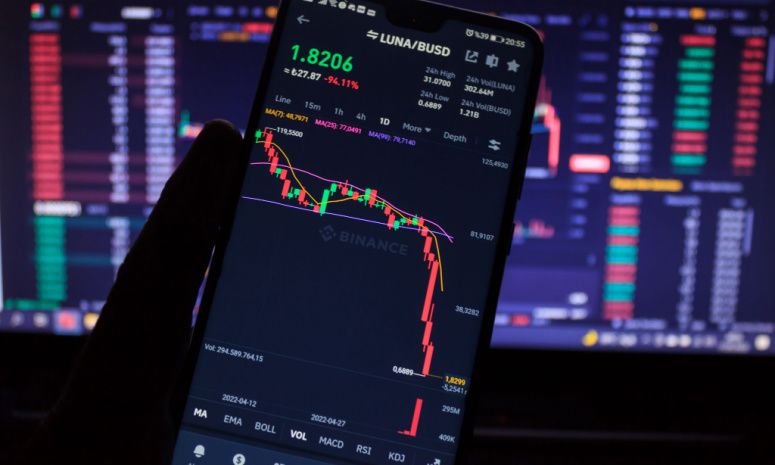 Bitcoin launched in 2009 as the first modern cryptocurrency. The underlying blockchain technology led to the creation of a vibrant industry of digital currencies and non-fungible tokens (NFTs) alongside an innovative set of financial and asset-tracking technologies.

While blockchain technology remains a useful creation, many of the cryptocurrencies created during the crypto boom were not so savory. Bitcoin began going “to the moon” (crypto slang for price increase) starting in 2020. At its peak, Bitcoin was worth about $70,000.

Other currencies, including Ethereum and meme coins Dogecoin and Shiba Inu, also saw massive price spikes. Nearly all blockchain and crypto projects seemed like gold, turning out returns over 100% APY for certain projects.

But some of these projects turned out to be more like Ponzi schemes than legitimate asset investments. Others were alleged pump-and-dump operations that looked a lot more like sports gambling than investing. Crypto and NFT values plummeted in late 2021 and the first half of 2022. Many became worthless and several crypto ventures went bankrupt. While the markets seem to have stabilized as of fall 2022, there’s no crystal ball to tell us the future of the crypto industry.

The Takeaway: What Comes Up Will Almost Certainly Come Down

Financial market bubbles have happened many times and are likely to occur again. With knowledge and understanding of asset markets, you’re better positioned to spot a bubble and take advantage of the gains while skipping out on the losses.

Of course, timing the market is very difficult, and there’s always a risk of losses with any investment. Investing in a bubble makes the risk of losses even greater. If you think you’ve spotted a bubble in the markets, proceed with extreme caution.

Political discussion has moved to fanaticism, away from Christ

FSMA Warns Against CoinDesk Clone and 30 Other Websites

Updated on January 27th, 2023 by Jonathan Weber At Sure Dividend, we often talk about the merits of the Dividend...

ADU Real Estate Investing: Is It Worth It?

For the entry-level worker, employee stock options may seem completely foreign. But for most tech workers, this is commonplace and...

3 Investing Mistakes You Don’t Want To Make In 2023

In this article This article is presented by Kiavi. Read our editorial guidelines for more information. From skyrocketing interest rates to market...

Defined contribution (DC) plans, among other retirement savings vehicles, are the most common ways that US workers save for retirement....

FSMA Warns Against CoinDesk Clone and 30 Other Websites

Deere, HP, Nordstrom and others

“Real Housewives” Stars Who Have Been Arrested