“There are breaches in the walls of Hell, and one of them lies beneath this house.” Vertical Entertainment has debuted an official trailer for an indie horror flick titled A Savannah Haunting, made by filmmaker / actor William Mark McCullough exploring events that happened to his family. (Supposedly.) This premiered at the 2021 Seattle Film Festival and also played at Atlanta Horror Film Festival. A Savannah Haunting centers around a family who moves to Savannah, GA to escape the memory of their young daughter’s tragic drowning. Once in their new home, the mother begins to experience chilling phenomena that lead her to believe she is being haunted by her dead daughter. But an old woman with ties to the home’s slavery past warns there may be darker, more sinister forces dwelling beneath the house… Well that’s ominous!! Will they discover what evil force is inside their home before it’s too late? Starring Gena Shaw, Tommi Rose, and Anna Harriette Pittman. I like the Poltergeist house-is-buried-on-evil concept, doesn’t look so bad.

Here’s the trailer (+ poster) for William Mark McCullough’s A Savannah Haunting, from YouTube: 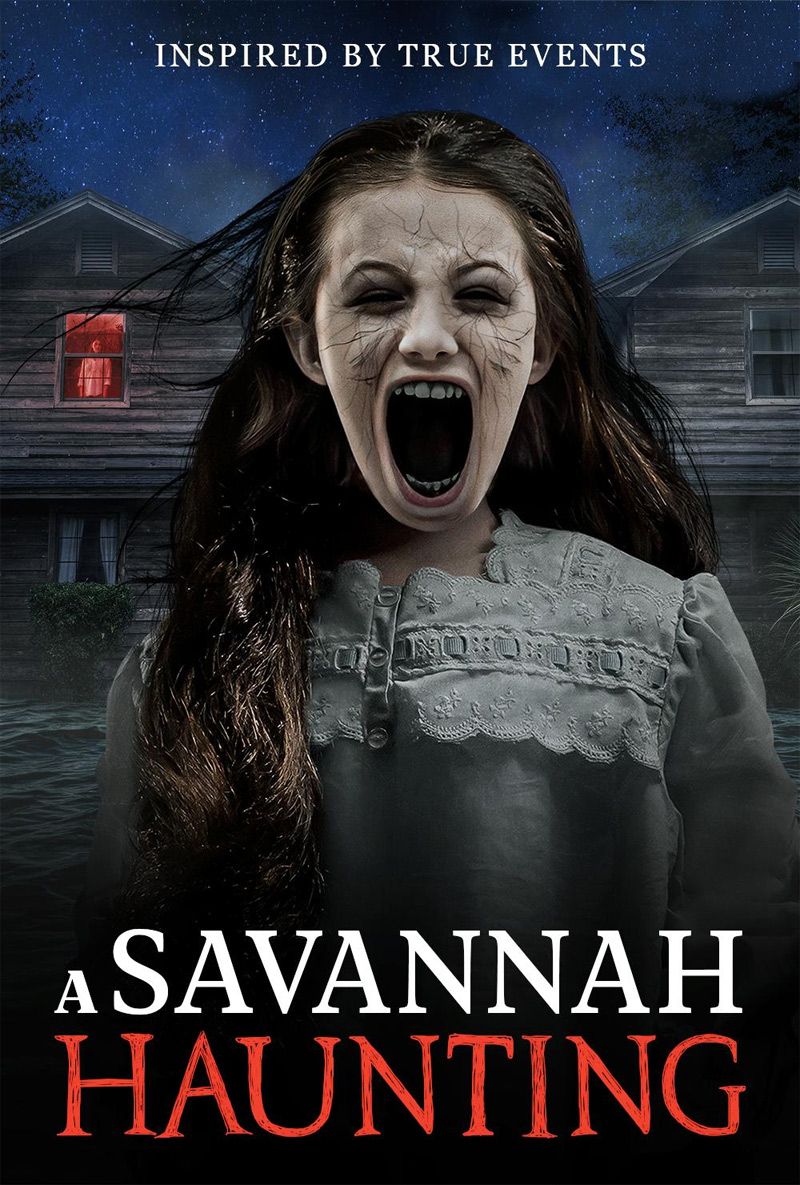 Shot on location at the very haunted house that inspired the story, A Savannah Haunting is based on real supernatural experiences director William Mark McCullough and his family endured in their Savannah home for decades. This chronicles the sinister forces trapped beneath the house and the turmoil wreaked upon the newest homeowners, the Rancourts, pushing the boundaries of their own sanity and safety. A Savannah Haunting is written and directed by American actor / filmmaker William Mark McCullough, director of the film Double Wide Blues, and co-director of Massacre on Aisle 12 previously, as well as a few short films. Produced by Christina DeRosa, Guido Grimaldi, Matthew Imes, William Mark McCullough, and Alexis Nelson. This initially premiered at the 2021 Seattle Film Festival last year. Vertical Ent. will debut McCullough’s A Savannah Haunting in select US theaters + on VOD starting October 28th, 2022 this fall.

Best Deals to Shop at Macy’s Big Home Sale: Save Up to 65% on Furniture and Kitchen Essentials

Best Deals to Shop at Macy's Big Home Sale: Save Up to 65% on Furniture and Kitchen Essentials | Entertainment...

Jason Bateman will direct The Pinkertons for Bad Robot and Warner Bros., a supernatural Western about a mysterious detective agency....

Dylan Cole and Ben Procter on Avatar The Way of Water

We chat with production designers Dylan Cole and Ben Procter about how they constructed Pandora’s oceanic depths. 20th Century Studios...

On Friday, The Roku Channel Will Broadcast The Launch Of The Third Season Of Chrissy’s Court

Walgreens And CVS: 2 Good Anti-Inflation Concepts For Your Retirement Portfolio

Tories Create a Hostile Environment for Gypsies and Travellers