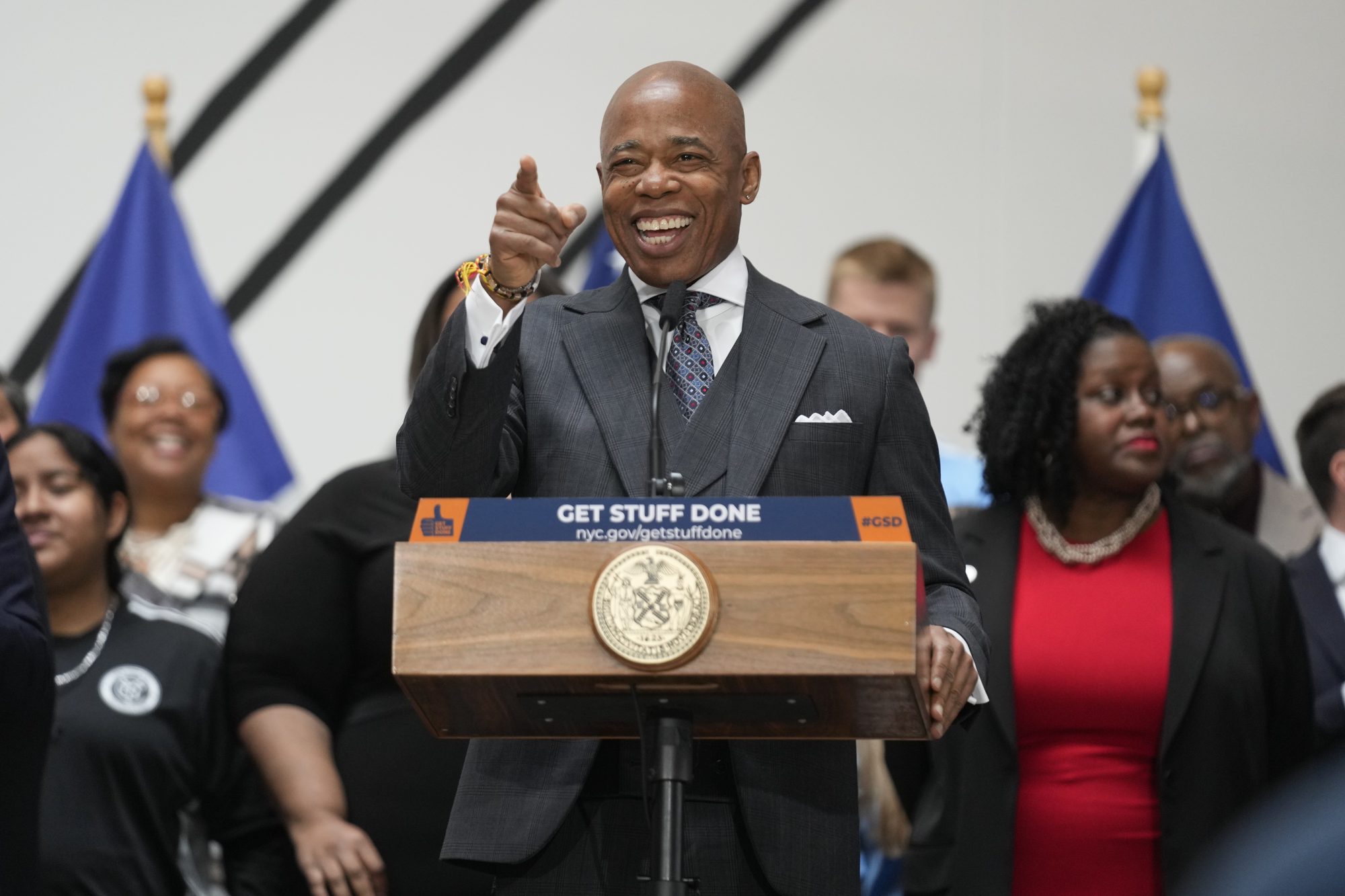 Does Mayor Adams think his constituents in New York City are all fools (“Friends with benefit$,” Nov. 23)?

I really think he believes that as long as you are a relative, a friend or a friend of a friend that qualifies you for a $200,00-plus position in his administration.

Just how many deputies does the mayor need? Apparently, no one oversees these appointments.

I guess with his very active nightlife, the mayor needs all these deputies to run the city. It’s not surprising that so many people have been abandoning the Big Apple.

I voted for Mayor Adams because of his law-enforcement background and his no-nonsense campaign promises on fighting crime.

Clearly, I made a mistake. It’s evident that street crime is out of control, but so is the mayor’s blatant dispensing of lucrative patronage jobs to friends and family.

It has become evident that Adams is using his executive power recklessly.

Well, it seems like nothing is changing with the Democrats and the moves they make.

Our mayor has appointed his once-landlord, Lisa White, a former 911 dispatcher, to deputy NYPD commissioner.

What’s he going to do next — appoint his cleaning lady as commissioner of the Department of Sanitation? That’s probably a better move. At least she would have some cleaning experience. Rob Johann

​After seeing The Post’s front-page headline on Wednesday, the conclusion was clear. Obviously the old saying, “It’s not what you know, but who you who know,” is still operating very well.

Adams’ administration is not a very culturally diverse one. He has given his cronies high-paying jobs that most likely come with a handsome pension.

I have a problem if these people are not qualified for these jobs, and it’s based on nepotism alone.

The Asian American Legal Defense and Education Fund’s multilingual exit poll on Nov. 8 surveyed 2,628 voters across Queens, Brooklyn and Manhattan. A majority weighed the economy/jobs and health care as more influential to their vote than public safety.

There is no doubt Democrats need to do more to reach out to our communities and earn our votes, but painting Asian Americans as simply driven by sensational rhetoric around crime is misleading.

It is no surprise that many Asian voters have changed course.

Democratic politicians have taken these hardworking, productive people for granted for too long.

It is difficult to accept that right here in New York, many of our radical political leaders have decided that there are too many Asian students in schools of high standing.

With the final data in on the last election, it seems the Asian voting bloc has sent out a strong message.

Want to weigh in on today’s stories? Send your thoughts (along with your full name and city of residence) to [email protected] Letters are subject to editing for clarity, length, accuracy and style.

3 Portugal players who performed and 2 who underperformed against Ghana

How Are You Investing In Your Future? Pulse

The Crypto Whales That Backed Terra Earlier than It Imploded

Two Classes of the Struggle in Ukraine