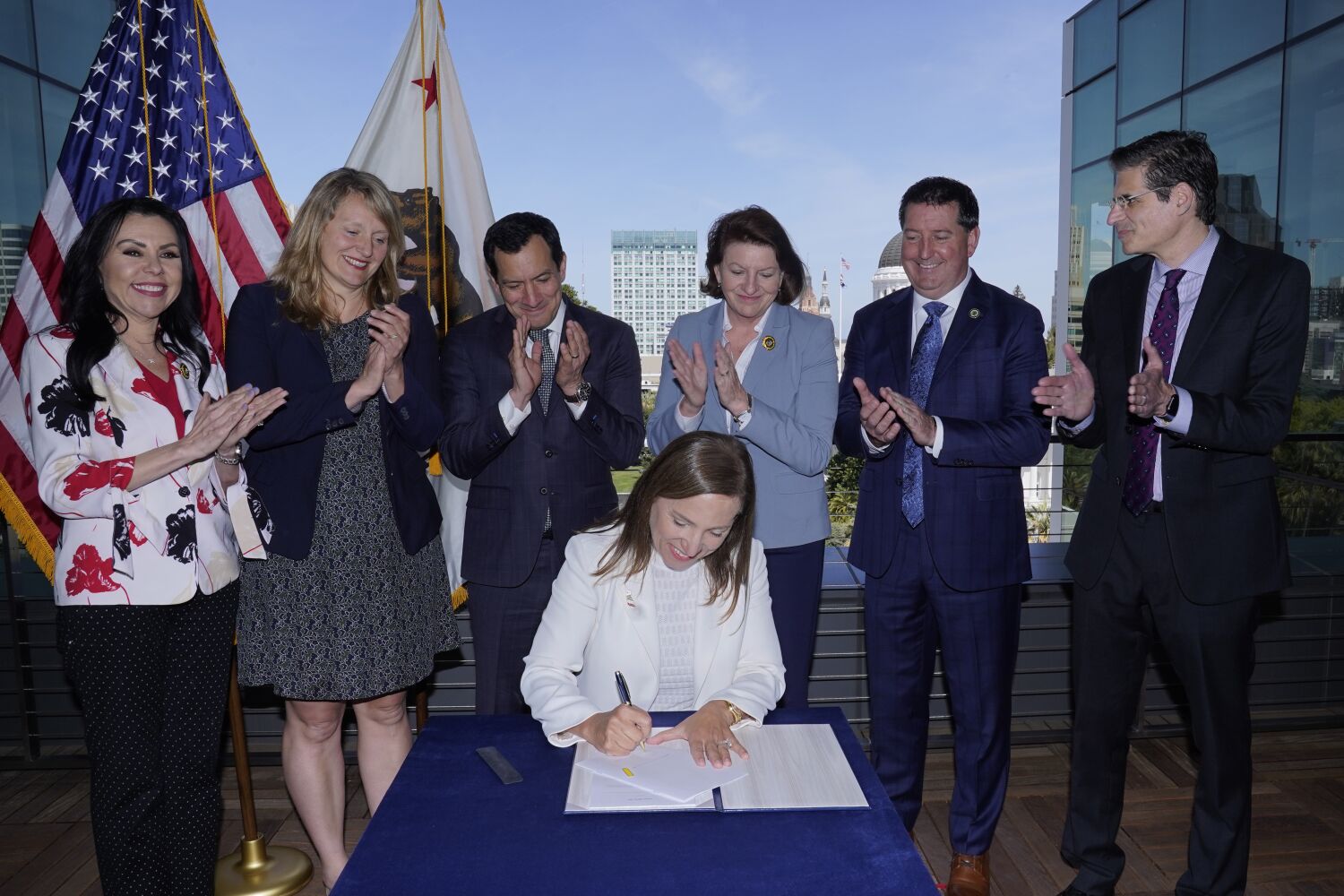 The job of California lieutenant governor is not exciting, but it is important. This understudy position is insurance that, if the governor is indisposed, deposed or abroad, there’s someone to step in to lead state government.

Other than being ready, the state’s lieutenant governor has a light day-to-day load, sitting on a number of important boards, including the University of California Board of Regents, the California State University Board of Trustees and the State Lands Commission, and minding the state while the governor is away on business or pleasure. Occasionally the lieutenant governor gets to sign a bill, issue a proclamation or send out an important announcement, duties delegated by the governor.

It’s up to the occupant of the seat to decide how to use the rest of his or her time and which policies or issues to champion from the office’s prominent soap box. During two terms as lieutenant governor, Gavin Newsom used his bully pulpit to push for gun control and the legalization of marijuana — and to occasionally goad then-Gov. Jerry Brown.

The current lieutenant governor (and first woman to hold the job), Eleni Kounalakis, has focused her attention mainly on international trade, climate change and reproductive rights.

When Kounalakis was elected in 2018 we didn’t endorse her, though it was a close call. Both she and her opponent, Ed Hernandez, a longtime Democratic state senator from Southern California, had impressive resumes and similar policy positions. But Hernandez got the edge because he had first-hand experience in state government and was better prepared to step into the governor’s office if need be. Kounalakis, by comparison, was a real estate developer and prominent Democratic Party donor from Northern California, and though she was a former U.S. ambassador to Hungary appointed by President Obama, she had never held elective office.

But Kounalakis has grown into the job well, quickly establishing herself as a knowledgeable state leader and a policymaker, sponsoring and supporting important legislation and voting in the interests of students and the environment on the boards she sits on. She has also put her foreign service background to use on California’s behalf. Gov. Newsom tapped her to be the state’s International Affairs and Trade representative, a role that has her meeting with foreign dignitaries and signing agreements. When Newsom was unable to attend the United Nations’ Climate Change Conference in Glasgow, Scotland, last year, he asked Kounalakis to lead the California delegation.

Kounalakis is being challenged in the Nov. 8 general election by Angela Underwood Jacobs, a Republican banking executive and a former City Council member of Lancaster, where she currently serves as one of several appointed deputy mayors. Her campaign website offers few details about what she might do as lieutenant governor. She declined the editorial board’s request for an interview and has done very few interviews that would allow voters to understand her positions. Anyone seeking a statewide office must do better to communicate with voters.

The choice for voters is clear. Kounalakis is the only person on the ballot prepared to be California’s second in command.

Investors wonder when vicious sell-off in U.S. stocks will end By Reuters

Modi Is Hurting Himself by Brawling With the BBC

The Notorious Cyclicality Of Bitcoin Mining: What Causes This?