Editorial: A national 15-week abortion ban would be a nightmare. Voters can make sure it doesn’t come true 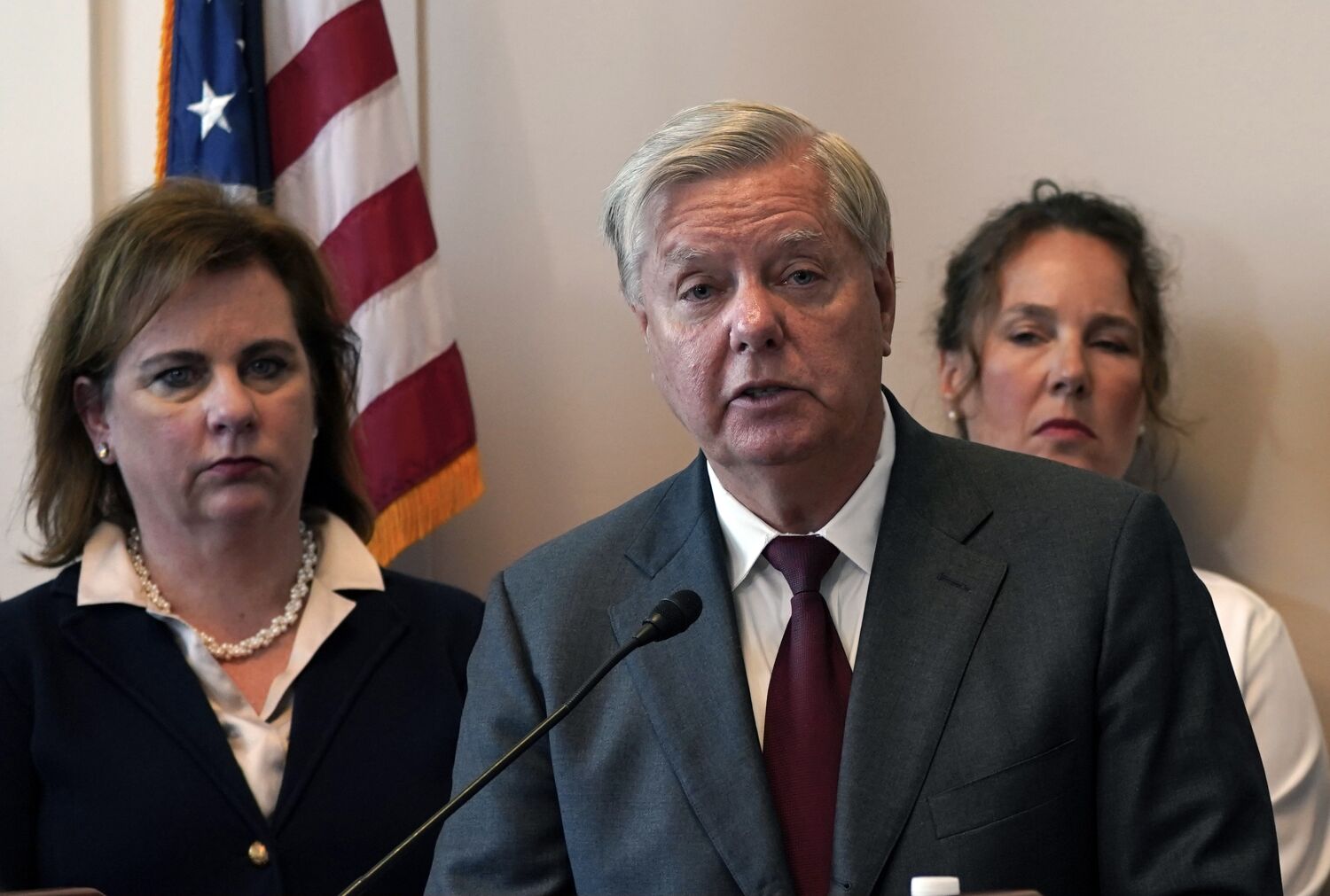 When the Supreme Court overturned Roe vs. Wade in June, striking down a constitutionally guaranteed right to abortion and directing decisions on abortion to be made by the states, Republican lawmakers hailed that approach. But no one — neither abortion rights supporters nor abortion opponents — expected GOP members of Congress to stop the assault on reproductive rights, no matter what they said.

And now they have gone further. As if the chaos of a post-Roe nation of restrictions varying from state to state weren’t grim enough, now we have the makings of a nightmare: Sen. Lindsey Graham (R-S.C.) on Tuesday introduced a nationwide 15-week abortion ban known as the Protecting Pain-Capable Unborn Children from Late-Term Abortions Act. This is a very restrictive abortion ban that is based on the premise that fetuses can feel pain at 15 weeks — a belief soundly rejected by the American College of Obstetricians and Gynecologists.

Graham has done voters a favor, in a sense, by starkly illuminating the stakes in the upcoming midterm elections. This bill will get a vote in Congress if Republicans win back control of the House and Senate, he vowed.

Not only does this give lie to the Republican talking point praising the court for turning abortion laws over to the states, it defies what most voters support. In a Pew poll conducted before the June 24 decision in Dobbs vs. Women’s Health Organization that overturned Roe, most U.S. adults said abortion should be legal in all or most cases.

A later Pew poll showed that most Americans (57%) disagreed with the Supreme Court decision in Dobbs and that 62% believe abortion should be legal in all or most cases. Think about that: If a similar percentage of senators agreed with Americans, that would be enough votes to break the Senate filibuster and pass the Women’s Health Protection Act, codifying a nationwide right to abortion.

Graham’s bill is not a compromise between what abortion opponents want and what a majority of Americans said they support. How does he square his proposal for a national 15-week ban after saying in May that it was fair to return the decision-making to the states? Not very well. Graham said that because Democrats had introduced a bill codifying a national right to abortion (which the Senate rejected), he was going to introduce a counterproposal showing where Republicans stand. That’s ridiculous. Democratic lawmakers never embraced the Dobbs decision as Republicans did.

Most abortions are performed during the first trimester — which ends after 12 weeks of gestation. This bill would disallow abortions just three weeks into the second trimester and long before viability (starting at roughly at 23 to 24 weeks), which was the cut-off for abortions under Roe except under special circumstances. And as more states ban abortion even earlier in a pregnancy, it will force people to travel farther to get an abortion in another state. In some cases, what would have been a first-trimester abortion when Roe was in place now becomes a second trimester abortion due solely to circumstances.

The bill allows for exceptions for rape and for incest against minors (provided they’ve met the requirements for counseling and legal reporting) and in cases when the pregnant person’s life is endangered.

But we’ve seen how little those exceptions truly protect pregnant individuals in states with severe restrictions. There are already harrowing stories of people with ectopic pregnancies, severe fetal abnormalities and infections being forced to continue pregnancies that endanger their lives because doctors and hospital administrators are too scared to decide when a medical or a health emergency overrides a law. A ban like this only threatens the ability of pregnant people to access the healthcare they need.

This bill doesn’t supersede the even more restrictive or total abortion bans in effect in more than a dozen state so far. But it would override the more permissive laws that allow abortions roughly up to viability, or beyond, in states such as California, Washington, Oregon, New York and Illinois. And that’s what Graham and abortion opponents really want — a country that essentially refuses pregnant people the right to control their own bodies and lives.

This bill faces hurdles to become a law. If Republicans win a majority in Congress, they’d still need 60 votes necessary to overcome a filibuster in the Senate — and even more to override a veto by President Biden. But no one who cares about a person’s right to bodily autonomy should take for granted the danger this bill presents to the American public. It’s imperative that on Nov. 8, voters in every state remember this as they choose their next representatives in Congress.

Pilot threatens to intentionally crash into Walmart store in US’ Mississippi