by Index Investing News
in Opinion
Reading Time: 11 mins read
A A
0
Home Opinion
Share on FacebookShare on Twitter

The 25-06 is an old wildcat cartridge turned mainstream, while the 30-06 has been a staple for many years. Neither round is as popular as they once were, but they both still have an important role to play for many shooting enthusiasts.

By the end of the article, you’ll know which caliber is best for you based on recoil, accuracy, stopping power, cost, and many more crucial factors.

The 30-06 has been a go-to rifle for deer hunters for many generations. However, its reign has slowly been coming to an end with the continued emergence of quarter-bores.

Below you’ll find the cartridges compared; then, we will compare several characteristics of each round to determine a winner.

I’m approaching this article from the average shooting enthusiast’s point of view, so you’ll see that some sections might not be as relevant for you as others based on your hunting and shooting preferences, so you might come to a different conclusion than I do, and that’s okay.

The cartridges are incredibly similar because the 25-06 case is the 30-06 cartridge is necked down to accept .257 in diameter bullets. You can see from the chart that nearly everything else is identical or eerily similar.

As you can see, the 25 06 and 30 06 case dimensions are very similar, but how does that translate from numbers on a screen to the real world?

For most shooters, recoil matters because we don’t want to bruise our shoulders while sighting the rifle for hunting season.

Though recoil doesn’t matter as much for hunters as it does for target shooters, it still should be a consideration because sometimes a quick follow-up shot is needed while hunting, and less recoil makes this much more accessible.

Light recoil is also great for new or inexperienced shooters. They tend to flinch less with a round that has little recoil because they’re less scared of the gun hurting them.

So which round has the least amount of felt recoil? Well, that depends on a few factors, the primary ones being gun and bullet weight.

So with that in mind, knowing the 30-06 shoots larger projectiles, it should have more recoil, and it does. 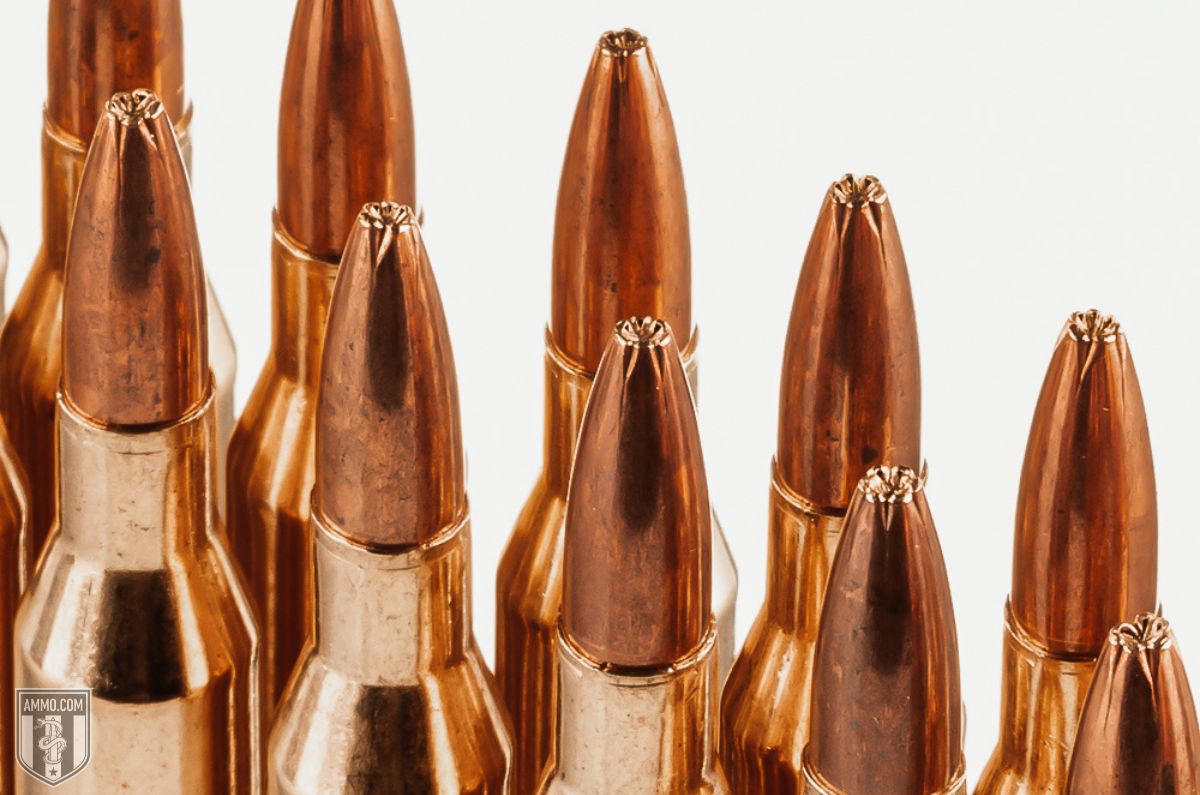 How much more, though?

This doesn’t sound like much difference, but it is noticeable. However, the 30-06 isn’t known as a heavy recoil round compared to the 300 Win Mag.

The 25-06 Remington wins this section.

The trajectory is a bullet’s flight path to its target measured in inches of bullet drop. As a bullet travels downrange, it is constantly being pulled down thanks to gravity. A flat trajectory is preferred for long-range shooting.

The 25 06 shoots lighter bullets at higher velocities, so in theory, it should have a better trajectory.

How much better depends on the weight of the bullet.

If it were possible to compare the same bullet weights, the 30-06 would have the advantage. 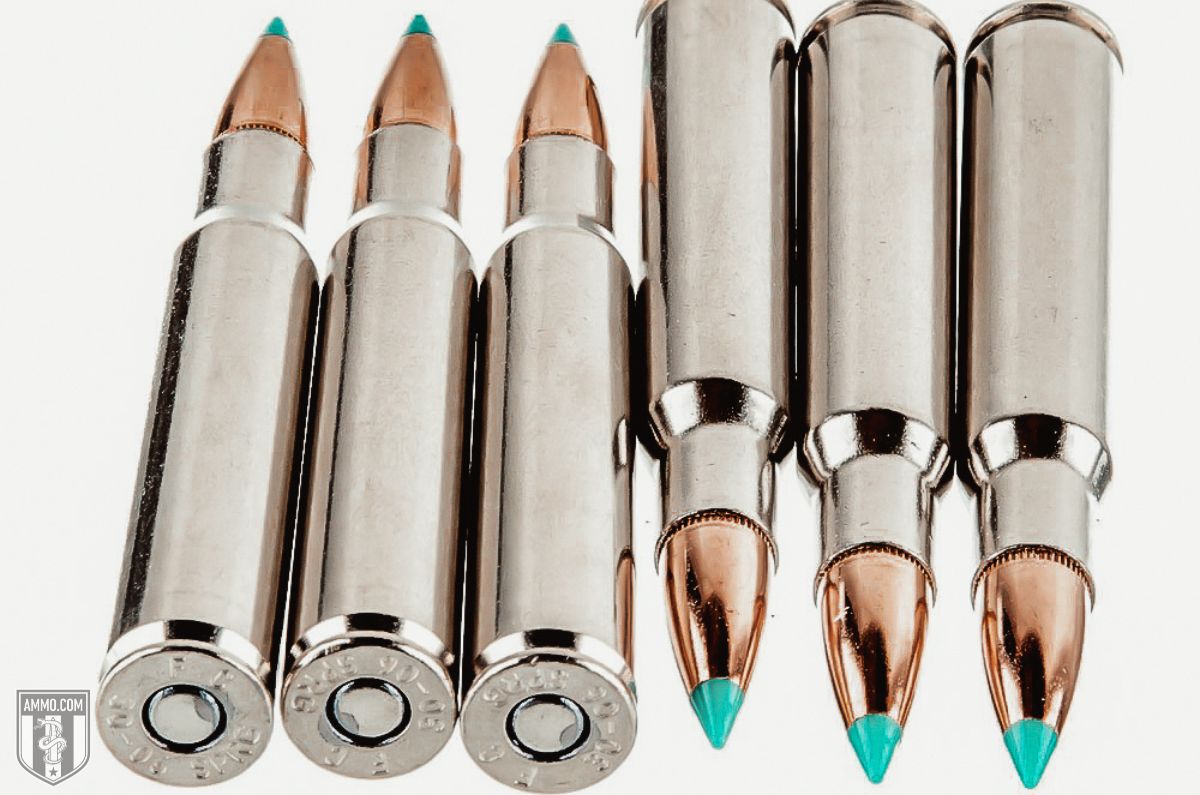 This section is a draw.

Accuracy is heavily dependent on the abilities of the shooter and the rifle. Certain rifles often prefer specific ammo. However, for the article’s sake, we will assume all variables are as similar as possible.

This means recoil and trajectory will come into play more. The average shooter will find it easier to be more accurate with the 2506 Remington because of its reduced recoil. That’s not to say the 3006 Springfield isn’t accurate because it is when it’s in the hands of an experienced shooter.

The 25-06 is the winner of this section, but only slightly.

The ballistic Coefficient (BC) is a numerical representation of a bullet’s aerodynamics; a high BC is preferred because it means the bullet will better resist the wind.

Calculating the BC is rather complicated and irrelevant for this article. However, you should know heavier bullets typically have a higher ballistic coefficient. 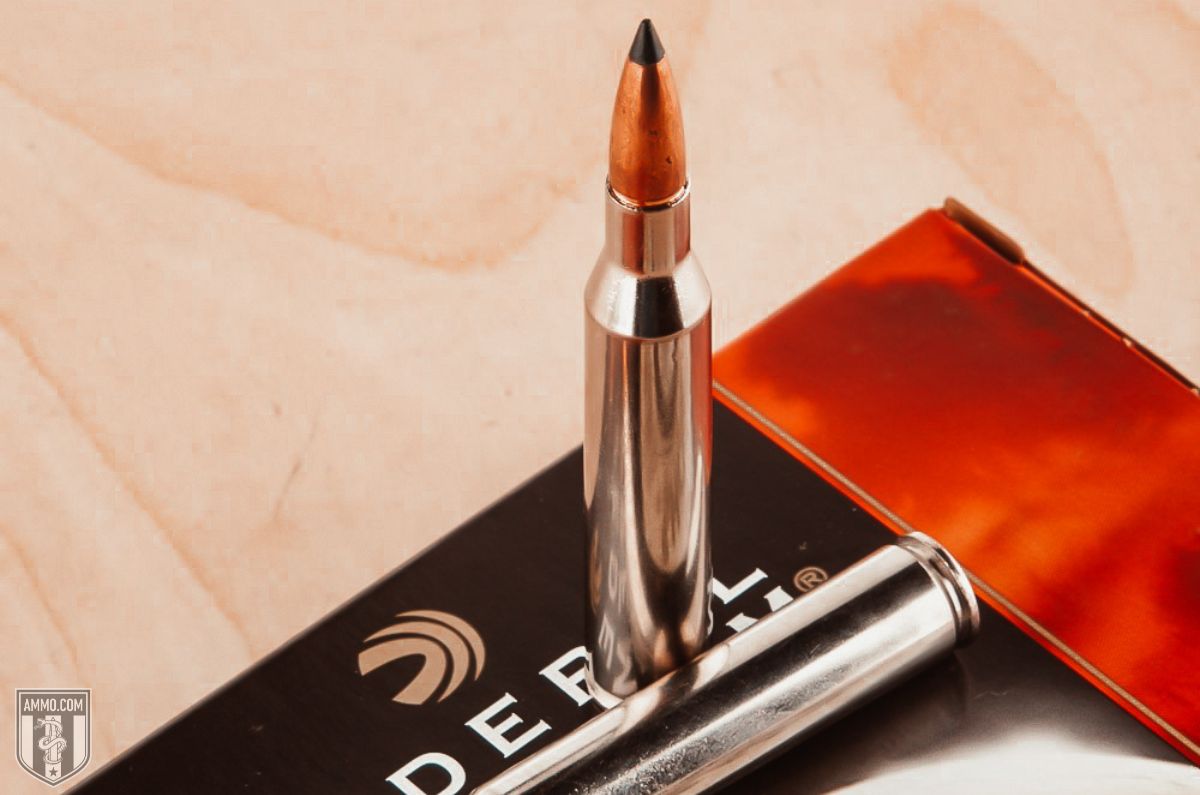 The 25-06 Remington 117 Grain Federal Power-Shok rounds have a ballistic coefficient of .361.

Compared to the BC of .329 of the 25-06 Federal Premium 85 grain Varmint & Predator Nosler Ballistic Tip round.

The 120-grain Federal Fusion 26-06 Remington round has a BC of .468, slightly better than the Hornady 110 Grain ELD-X Precision Hunter Rounds with a .465 ballistic coefficient.

Sometimes it’s argued that stopping power is irrelevant. While this is true for target shooters, I believe it’s essential for hunting purposes. 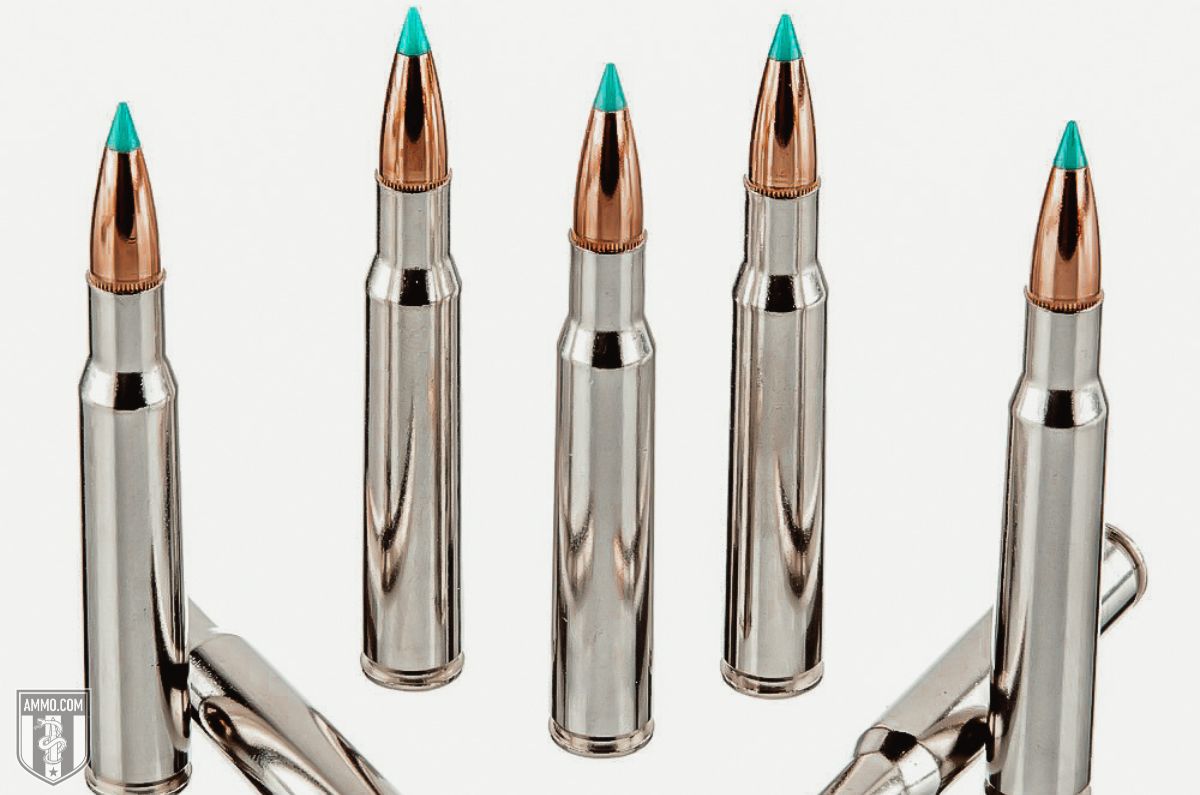 Perfect shots while hunting are rarer than we’d like to admit, which is why stopping power is crucial. It ensures we can still achieve an ethical kill without having to make the perfect shot every time.

Stopping power is measured by how big of a hole the bullet leaves and how deep it penetrates. Sectional density measures how well a bullet should penetrate a target.

It’s calculated by comparing the bullet weight and the bullet diameter. The higher the SD, the deeper the bullet will penetrate the target.

Most 25-06 Rem bullets have an SD of around .22 due to their smaller diameter bullets and lighter weights.

The heavier bullets of the 30-06 average around 0.26 SD, so not that much better, but you’ll notice the difference when hunting larger game animals.

The 30-06 wins this section thanks to its bigger, heavier bullets.

If there’s one reason why these calibers are still popular, it’s because hunters often use them. Many would consider either caliber their favorite deer hunting cartridge.

The 25-06 can take medium-sized game like coyotes, whitetail deer, mule deer, and antelope. The 30-06 can ethically harvest all these animals and other big game like elk.

However, both calibers are most effective within 300 yards. If you need to make longer shots, I recommend the 6.5 Creedmoor. 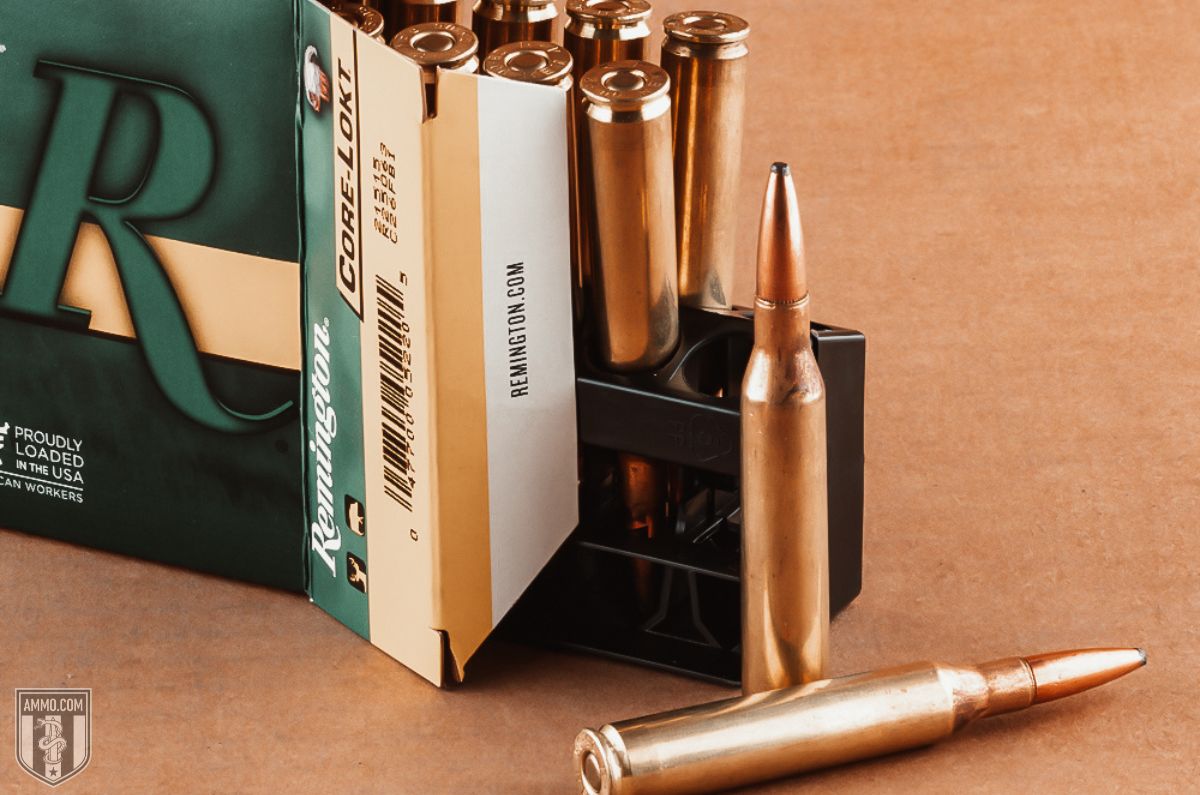 The 30-06 has the advantage in this category because it can hunt a wider variety of species.

I never recommend using a rifle cartridge for home defense because overpenetration puts your family and neighbors at increased risk. However, if all I had were a 25-06 or 30-06 to defend myself and my family, I would use it.

I believe there are much better options for personal defense, such as a shotgun or pistol.

These two calibers are not great home defense rounds because they’re typically found in a bolt-action rifle, which is good for hunting but not very good for protecting against home invaders.

Instead, I would use a pump-action 12 ga or 20 ga shotgun, depending on your sensitivity to recoil.

My next option would be a semi-automatic pistol chambered in 45 ACP, 40 S&W, or 9mm.

The 25-06 and 30-06 are better suited for medium to big game hunting instead of home defense, which is why this section is a tie.

Many first-time gun buyers forget to consider the price and availability of ammo. If you can’t afford or find any ammo, your firearm is just a paperweight.

While both rounds have decent availability, the 30-06 is slightly less expensive. 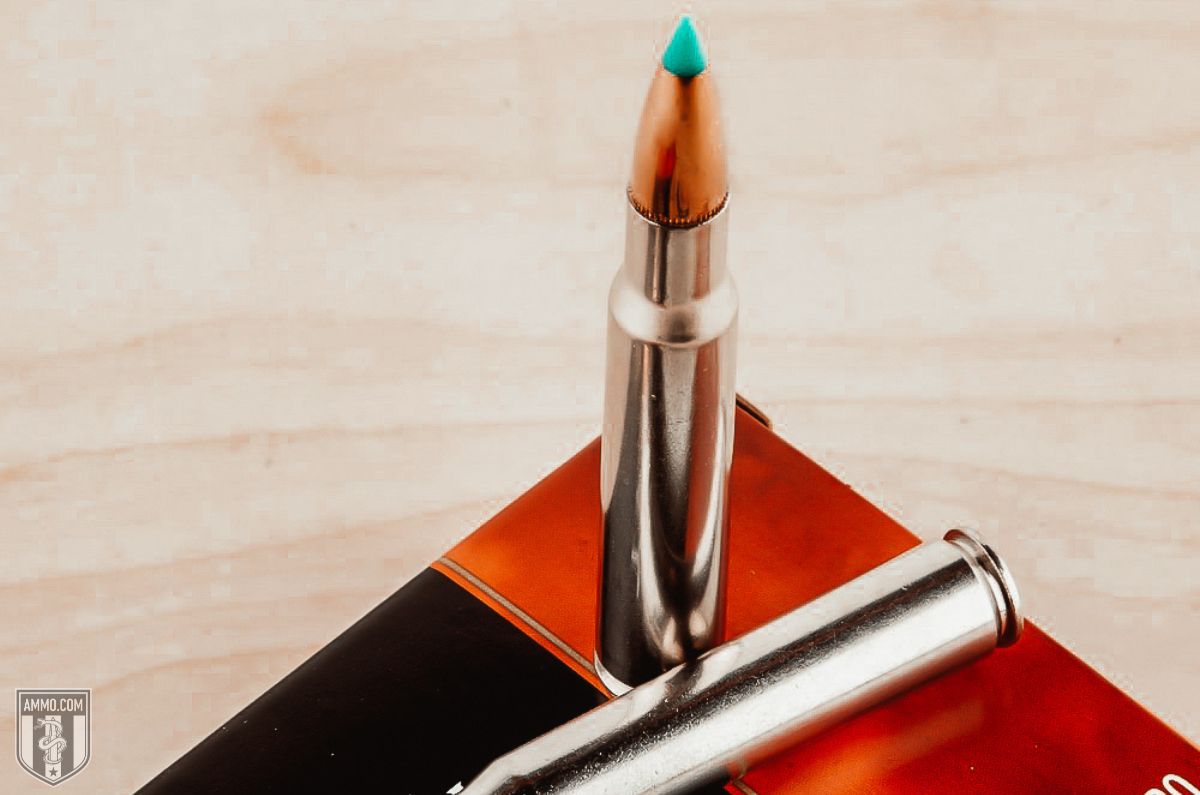 Major ammunition manufacturers, such as Barnes, Hornady, Nosler, Remington, and Federal, make rounds for both calibers.

The winner of this section is the 30 06 Springfield.

The gun cost is usually a significant determining factor. Both calibers come in a wide range of price points.

A Savage Arms Axis XP chambered 30-06 will cost slightly over $400. The Ruger American Rifle will cost a little over $600, and a Christensen Arms Ridgeline FFT will cost a staggering $2,400.

The less expensive hunting rifle is the 25-06 Rem, but it’s not by much.

One way to save money on ammo is to reload instead of purchasing factory loads.

Handloading is less expensive in the long run and gives you more control over the controllable variables so you can be more consistent when shooting.

It costs more upfront and is time-consuming to begin reloading. However, if you shoot often, it’s worth the investment.

Both calibers can be hand loaded because the supplies and materials are readily available for each round.

This section is a tie.

Note: This information comes from the manufacturer and is for informational purposes only. The actual ballistics obtained with your firearm can vary considerably from the advertised ballistics. Also, ballistics can vary from lot to lot with the same brand and type load.

Gunsmith Adolph Niedner is credited with necking down the 30-06 cartridge to fit a .25 caliber bullet in the 1920s.

It wasn’t until 1969 that Remington made the cartridge for the masses and took it from a wildcat round to a mainstream caliber. 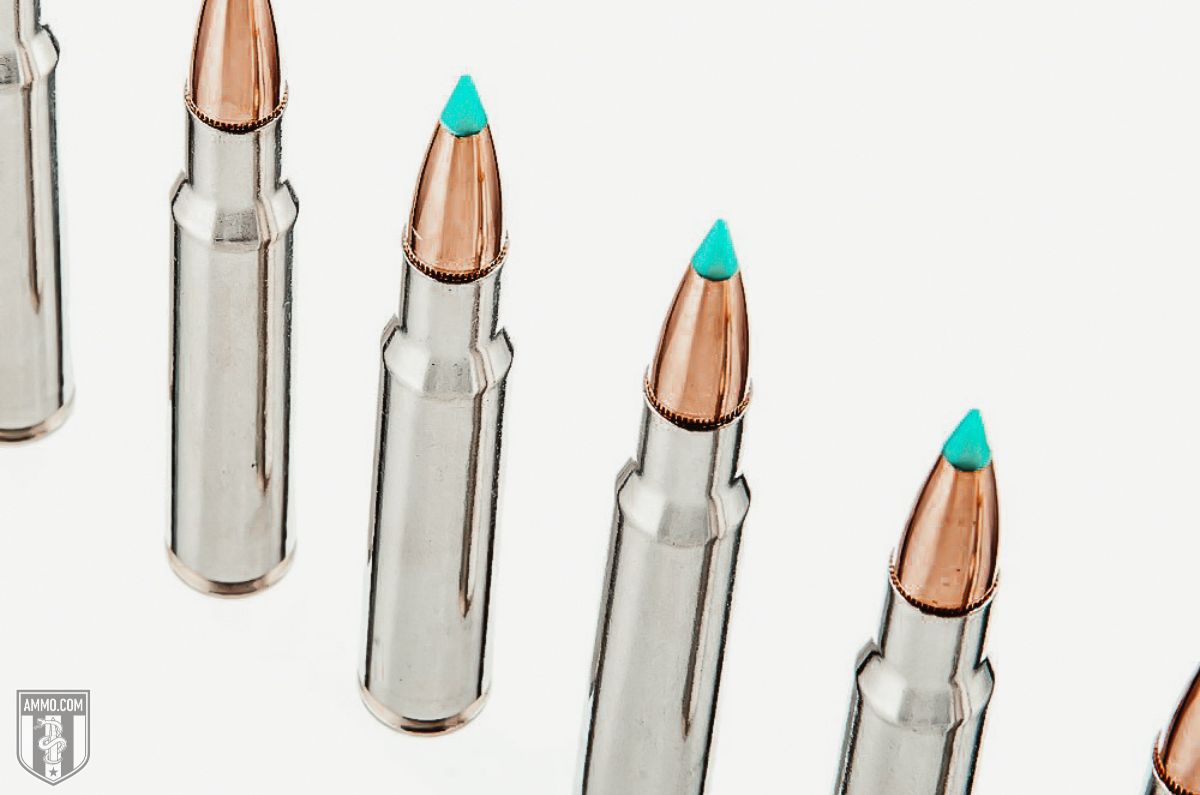 It’s been used to take down big game; however, it’s best suited for deer and other similar-sized game animals.

Though it’s not as popular as it once was, many hunters hold this caliber in high esteem due to nostalgia.

Field and Stream called the 30-06 Springfield “the greatest cartridge of all time,” and Gun Digest said it’s “the only round you need for just about anything.”

The 30-06 was the primary round of American servicemen during World War I & II, the Korean War, and the Vietnam War.

It’s been chambered in many guns, including- 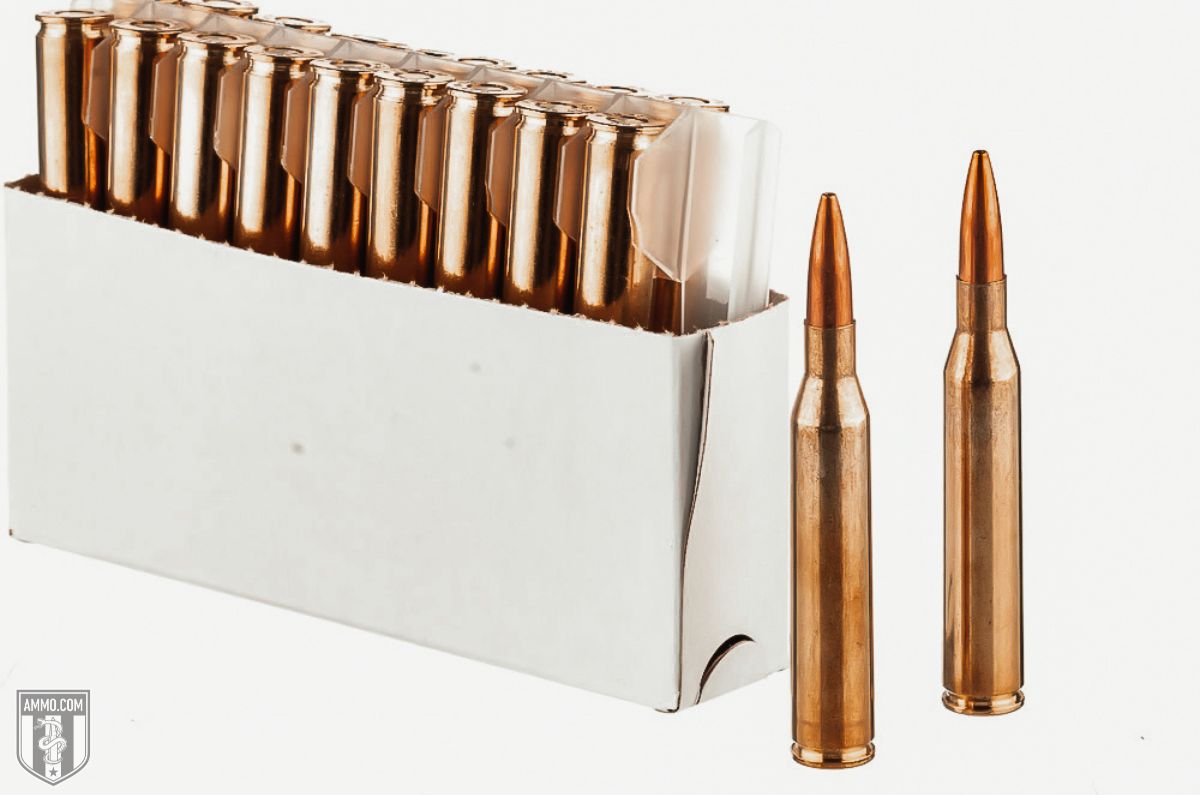 The 30-06 was not only popular in military weapons but also a success on the civilian market with hunters.

It can take a wide range of species and has been the round to stir up nightmares for all deer during hunting season.

Though its popularity has peaked and begun to wane, it still makes an excellent hunting rifle.

When comparing the 25-06 vs 30-06, many shooters happily sacrifice stopping power for a recoil reduction.

But does this make it the right choice for you?

The remaining sections were a draw, meaning 30-06 is the winner!

Join our team of 2205 Freedom Fighters.

Should You Use Lively to Manage Your HSA Account?

Nasdaq rebounds 1% Wednesday after touching new 2022 low, however buying and selling is unstable

Arsenal footballer Pablo Mari among 5 stabbed in supermarket attack in Italy, one killed

How will we remember the age of cheap money?

Why America’s allies are nervous concerning the finish of Roe